From social networking interactions to business transactions, more and more people are steadily embracing the mobile telecommunication lifestyle. Thus, this article about smartphone statistics can aid businesses in learning the advantages of using smartphones to communicate with their customers.

Smartphone Coverage and Users in the World

Two decades after the mobile phone’s introduction, there are now almost 5 billion mobile phones users in the world, making that 80% of the world’s population. In these 5 billion users, 1.08 billion are smartphone users, and 91.4 million are from the United States. 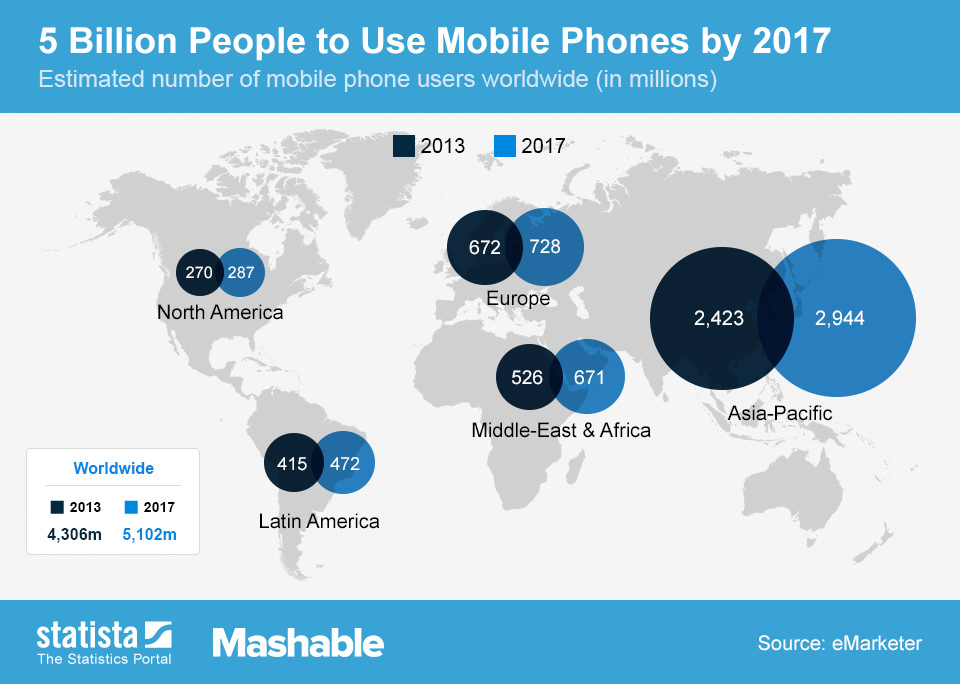 This projected number of smartphone users is expected to increase by 1.82 billion per year. Moreover, 1.3 million Android activations are being made every day, so much so that more android phones are being activated than babies being born (300,000 births per day).

On average, each smartphone user runs 41 apps. And of those downloaded apps, 1 out of 4 is abandoned after the initial use.

On average, people check their phones 150 times a day, every 6.5 minutes. And, 89% of smartphone users use their smartphones throughout the day. In this time being spent with smartphones, 70 minutes are spent browsing the web; 127 minutes with other mobile applications; and 168 minutes for television.

In smartphone usage, smartphones are mostly used for gaming, with a whopping 43% of users playing games on their mobile phones. This is followed by social networking with 26%, entertainment and utilities both with 10%, news and productivity with 2%. A small percentage is given to both health and lifestyle, and the final 5% share is given to the other uses.

In terms of demographic, 53% of smartphone users are male and 47% are female.

The mentioned smartphone usage statistic comes parallel with this smartphone statistic claiming that the highest smartphone penetration rate is in the age group 25 to 34 with a rate of 62%.

The top ten countries with the highest smartphones penetration are: Singapore with 54%, Canada with 39%, Hong Kong, Sweden, Spain, and US all with 35%, Australia and Norway with 33%, New Zealand with 32%, and Denmark with 31%.

The Future of Mobile

Ssmartphone statistics predict that mobile internet usage will continue to increase, and by the year 2020 half of all payments worldwide will be transacted through mobile.This movement will not slow down. Thus, businesses must take notice and update themselves and their business practices to accommodate this reality sooner rather than later.